Imagine that the way you see your body, mind, and self shifts in a profound and fundamental way and, as a consequence, it also shifts the way you see others and the world. Imagine as well that this shift produces in you immense vitality, clarity, and joy as if a veil has been lifted and you now feel truly alive for the first time.

The aim of yoga is Self-realization – enlightenment of one’s true nature. Through meditation, the ancient yogis entered into sublime states of awareness tuning into truths about life and the world that brought them into a deeper sense of being alive (sat), keen mental acuity (chit), and a feeling of divine bliss (ananda).

Thousands of years ago, the great sage Patanjali drew upon the vast knowledge of yoga found within Vedic scriptures and shaped it into a practical system now known as Raja Yoga (the “Royal Yoga”). In his Yoga Sutras, Patanjali wove together 195 threads of yogic truths which reveal the workings of the mind and how to transcend them to attain Self-realization. 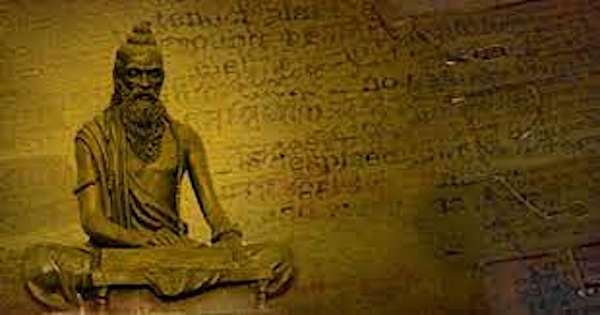 In his second sutra, he explains yoga as:

The state of Yoga comes when the activity (vritti) of the mind (chitta) is extinguished (nirodhaha).

While other paths of yoga consider Self-realization attainable through selfless service (Karma Yoga), the practice of devotion (Bhakti Yoga), and Self-inquiry (Jnana Yoga), Raja Yoga focuses on reducing and ultimately stopping the activity of the mind to allow the light of one’s true Self to shine through like the sun in all its radiance.

Patanjali elaborates that when mental activity ceases, one abides in the Self, but when mental activity is present, it obscures the Self, and one mistakenly identifies with the activity instead. Using a lake analogy, when a lake is still, its waters are clear allowing one to see to its very depths. When the lake is turbulent, its waters are muddy and one can only see surface agitation.

So how does one still the lake of a turbulent mind and what does one find at its very depths? What is this Self? Firstly, it is important to understand that Yoga is built upon the foundation of Samkhya philosophy, one of the oldest Indian schools of thought based on the ancient Vedic scriptures.

Samkhya proposes that consciousness (Purusha) is timeless and limitless and exists independently from primordial matter (Prakriti). Certainly, one can be skeptical of such a statement, but this is one of two realizations experienced in enlightenment. The other is that we are this consciousness.

Pre-enlightenment, we are likely to take a materialist view that consciousness is produced within the brain and therefore is limited and within time, but some neuroscientists on the cutting edge of consciousness research admit that the brain is not a sufficient cause for consciousness.1

Samkhya goes on to assert that before creation, primordial matter Prakriti is in an unmanifest state where there is a perfect balance of its three qualities (gunas): poise (sattva), activity (rajas), and inertia (tamas). Through an imbalance of these qualities favoring rajas, Prakriti evolves from its most subtle manifestation to its most gross – the physical world. While it may seem strange for these particular qualities to make up the substratum of the known universe, perhaps one can draw a link to the Big Bang and the appearance of three sub-atomic particles.

Both Samkhya and Yoga assert that while our mind and body are subtle and gross evolutes of Prakriti, our Self is Purusha – the limitless consciousness – and yoga provides a path by which we can come into realization of this. Unfortunately, without such a realization, we erroneously identify with the evolutes of body and mind and experience worldly suffering.

In all, there are 24 evolutes from Prakriti’s unmanifest state to its fullest expression in manifestation, and these stages of evolution are called tattvas. Prakriti evolves from a cosmic level down to the individual level. The mind is part of the subtle body and is considered the Antahkarana or “inner instrument”. The Antahkarana is composed of four tattvas that interact with each other:

Most of the day, our mind is projected outward to relate to our external world. Our senses present sense-objects to the manas which finds associations within the Chitta-memory. This stirs up vrittis or mental activity. The buddhi then discerns amidst this activity what to advise the ahamkara (Ego) as the wisest response to any situation. However, the ahamkara may overide the buddhi and simply react based on its likes or dislikes. Through all this mental activity, one forgets the Self as Purusha (consciousness) and gets caught up with being a mental instrument and mortal flesh.

In his Yoga Sutras, Patanjali proposes multiple paths through which a yogi can realize the Self as Purusha depending on one’s level of development. He begins with (1) adept yogis whose mind can already withdraw from the world and enter into a deep state of meditative absorption called samadhi, (2) Kriya Yoga for those who are not quite yet ready to come into samadhi, and (3) Ashtanga Yoga for those who need a comprehensive program to rein in the activity of an undisciplined mind (i.e. a mind that is not yet a disciple to the Self).

Many consider samadhi as the pinnacle of yoga, but samadhi is actually the starting point for the yogi. In his Yoga Sutras, Patanjali instructs adept yogis to apply samadhi on the tattvas of Prakriti moving from the gross tattvas to the most subtle. Initially, one practices samadhi on the mahabhutas or gross elements that constitute the physical world: earth, water, fire, air and ether. This is called vitarka samadhi and it is of two kinds: savitarka and nirvitarka. The former is absorption with support of words, knowledge and the object of observation itself. The latter is absorption without support, simply absorption in the object of observation itself.

Ultimately one’s discerning buddhi faculty realizes that the Self is not composed of the mahabhutas, transcends this level, and moves on to meditate with absorption on more subtle tattvas, like the tanmatras or five senses, in vichara samadhi (both savichara and nirvichara) until the buddhi similarly discerns the difference between the Self and the five senses.

The ability to deepen focus on more and more subtle tattvas brings tremendous mental acuity and psychic phenomena. To use these mental powers on worldly ends brings one back into the temporal nature of worldly pleasures and identification with the body and mind. Rather, one continues deeper, applying the state of absorption to the chitta, manas, and buddhi of the mind with the practice of sananda samadhi, and upon transcending these, one practices absorption on the Ego or sense of I-ness - sasmita samadhi.

Only when one dis-identifies with and transcends I-ness – the most subtle aspect of the mind - does one come into asamprajnata samadhi or absorption with Purusha. Here, one becomes enlightened and experiences a state of liberation called kaivalya.

Should the spiritual aspirant not be as adept as the experienced yogi in the practice of samadhi, Patanjali advises the discipline of Kriya Yoga to train the mind for samadhi. Kriya Yoga involves three practices: tapas (austerity to overcome the ego’s likes and dislikes and the cultivation of vairagya, non-attachment to the world), Svadhyaya (study of the “Sva” - Self), and Ishvarapranidhana (devotion).

(1) Yamas – As the goal is to still mental activity, the first building block is to establish a harmonious relationship to the world, and this requires the following restraints on primal impulses:

Some see yamas as restraints. Others see yamas as a benchmark of spiritual progress. For example, with Brahmacharya, moderation of the sexual impulse arises naturally when one begins to see Brahman (the Self) in all.

(5) Pratyahara – withdrawal of the 5 senses from worldly attachment

Classical Ashtanga Yoga provides a comprehensive system to discipline the mind and render it powerful, steady and serene in preparation for samadhi on the tattvas until one attains Self-realization.

How does Hatha Yoga relate to Raja Yoga? 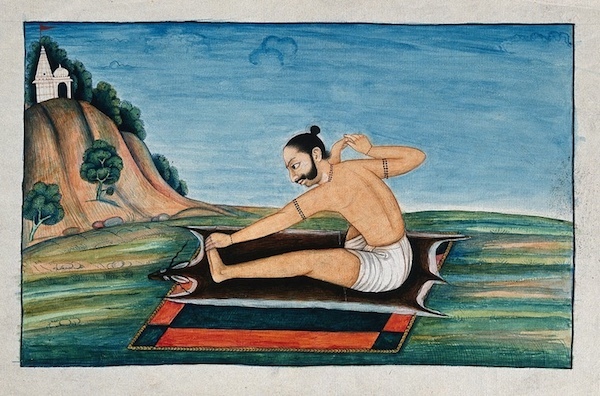 Raja and Hatha Yoga are two independent, stand-alone yoga systems with Vedic origins. Both aim to transcend the mind to attain Self-Realisation. While Raja works directly with the mind, Hatha works indirectly through the energy system (pranamaya kosha) of the body and breath. In Swatmarama's Hatha Yoga Pradipika, he writes that Hatha Yoga is "a ladder to those who wish to attain the lofty Raja Yoga."

Gurus with a particular orientation often find merit in teaching a yoga of synthesis integrating many different principal yogas. One can often find Hatha Yoga put into service for the enhancement of Raja Yoga by: (1) bringing strength and flexibility to the body as a preparation to sit for long periods and (2) ridding the mind of excess rajas (activity) rendering it more serene and sattvic (poised). In this way, both the body and mind are ready for the main practice of Raja Yoga – meditation.

Understanding that the intention of Raja Yoga is to still mental activity, one can use the hatha yoga practice to withdraw the senses from the external world by focusing internally, then to focus on the gross and subtle sensations of the body and breath in each posture in order to develop concentration, meditation and absorption. The advanced student can further deepen concentration beyond the subtle sensations of the body while in a posture by meditating on the yantra (geometric form) and/or elemental bija mantra associated with the chakra linked to that posture.

To improve and intensify the power of concentration, the optimum environment for the practice should be silent, uncluttered, and pristine – an outward expression of what one wishes to cultivate inwardly for the mind.

Notes from lectures by Ramaswami Subramanyam

Sarasvati Buhrman: “The Stages of Samadhi According to the Ashtanga Yoga Tradition”

Special thanks to Ram Vakkalanka